World of Tanks (WoT) is a massively multiplayer online game developed by the Belarusian-Cypriot company Wargaming, featuring mid-20th century (1930s-1960s) era combat vehicles.It is built upon a freemium business model where the game is free-to-play, but participants also have the option of paying a fee for use of "premium" features. The focus is on player vs. player gameplay with each player controlling an armored vehicle, which may be a light, medium or heavy tank, tank destroyer, or self-propelled gun. World of Tanks debuted as an eSports game at the World Cyber Games 2012.

The player takes control of a single armored vehicle of their choice, and is placed into a battle on a random map. The player has control over the vehicle's movement, firing, and can communicate with allied players through typed or voice chat. A simple random match is won either by destroying all vehicles on the opposing team or capturing the opposing team's base. There are other game modes that change the rules of the battle, but gameplay mechanics remain the same. World of Tanks contains multiple game mechanics such as camouflage, shell ricochets, and module damage.

The players in World of Tanks can choose six primary types of battles: random battles, team-training battles, tank-company battles, team battles, stronghold battles and special battles. "Historical Battle" and "Rampage" are former options but have since been taken down for improvement upon its poor reception following its release. Within random battles, players can also participate in platoons, groups of two to three players who are put into the same team. There are also missions to be completed in the game modes for varying amounts of rewards. 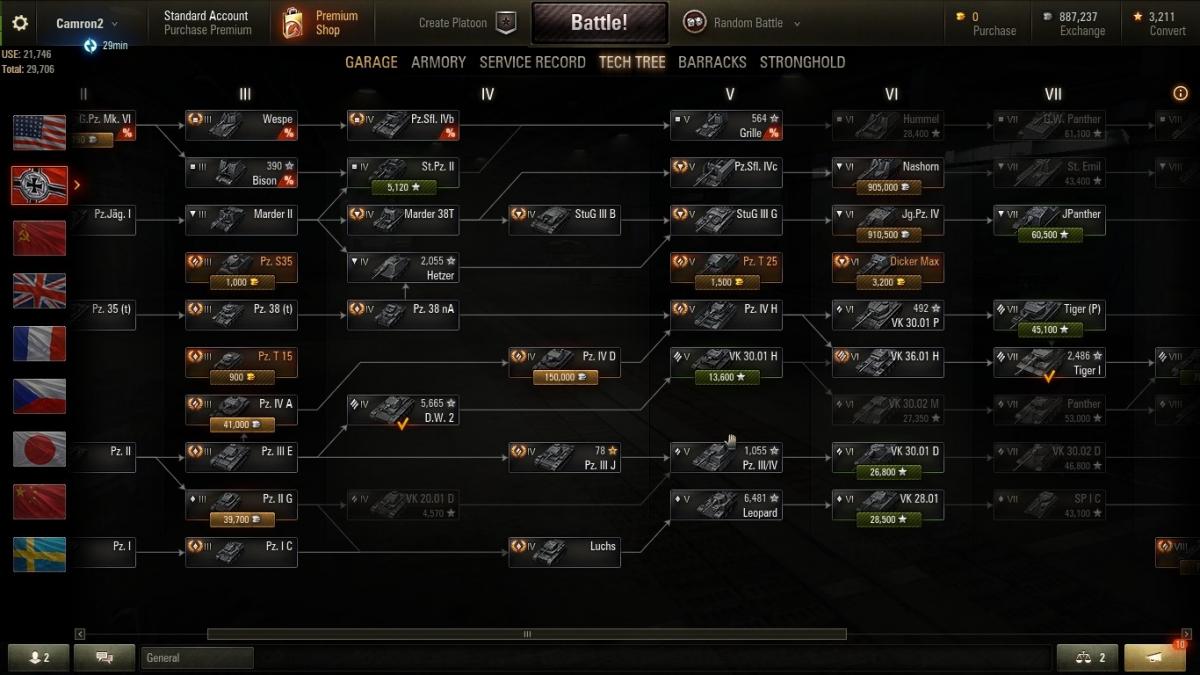 I am not one for computer games, but I confess that I enjoy playing World of Tanks. Anyone else in to this?
https://www.noriualaus.com/
Top

How balanced is this for free vs premium players? Obviously the premium players have advantages, but can a free player be competitive, or will they just provide moving targets for the paying folks?
Top
Post Reply
6 posts • Page 1 of 1